We the People: Stronger by Janelle Monae

The Obamas and Netflix created a series of 10 educational music videos, 3 of which BUCK did. I got to work on the one for Janelle Monae’s track “Stronger”.

The team was by far the biggest I’ve worked with and the most complex production I’ve been involved in. Being virtually one long camera pan, the video is a mix of 3D, cel, and faux 3D, all textured and composited to have a coherent paper cut-out look.

I worked as a 2D animator on the section from 2:50 to 3:05. My main task was to animate a flag that had to serve as the transition from a power camera move through a crowd that the 3D team was working on, to a calm and entirely different faux 3D perspective done by the cel animators. A fun and challenging task for me that involved testing different techniques before landing on just the right one.

You can see some of the animation here along with some process shots but I encourage you to go see the full video along with background info and the full credit list on BUCK’s website. Or, you can the whole series of 10 music videos on Netflix.

I was exquisitely directed by

Early test, trying out looks for debris and the flag 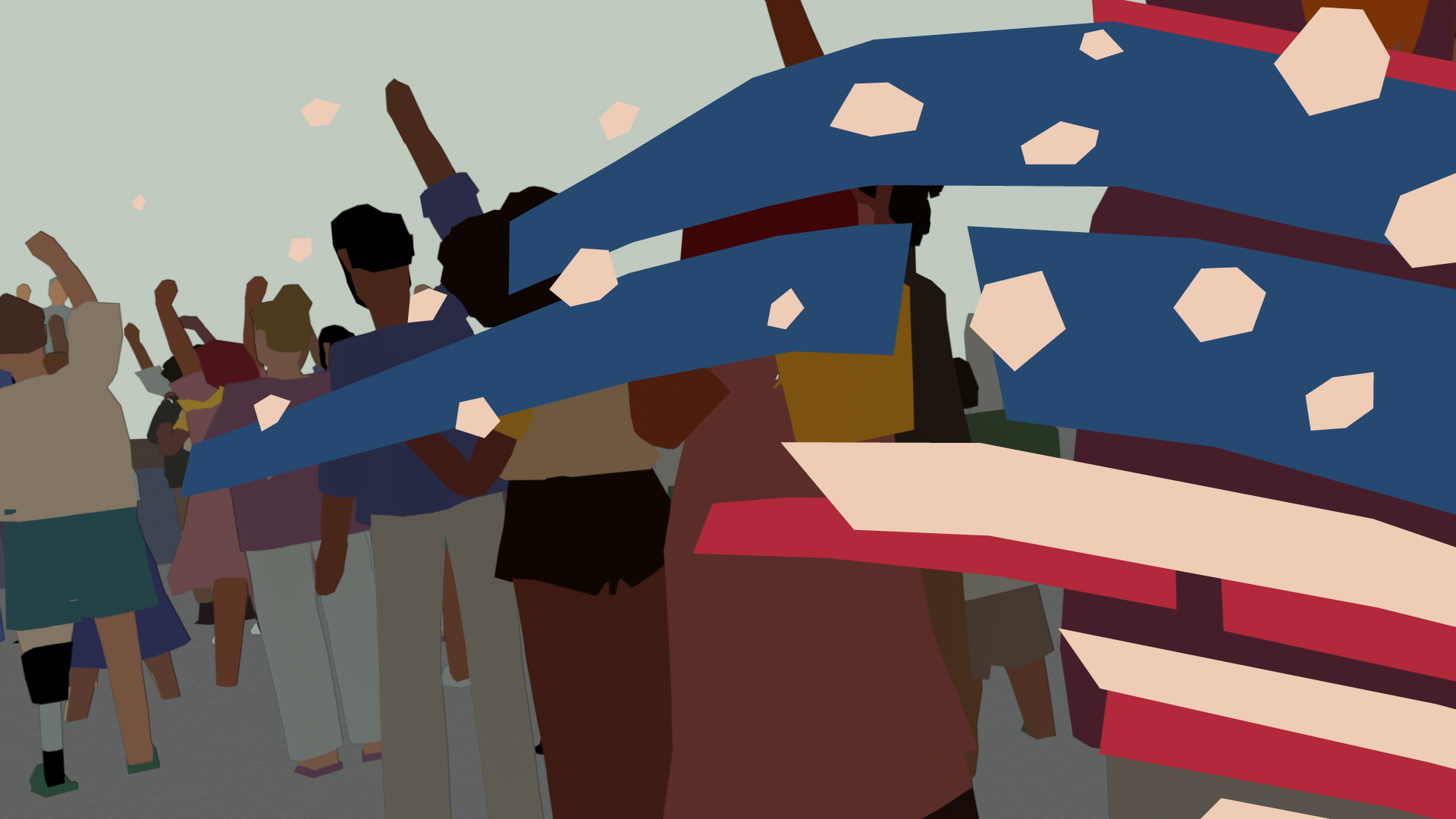 One of several animation tests

Background information on the series